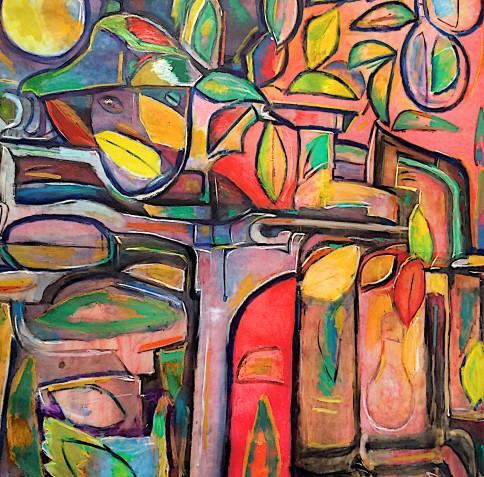 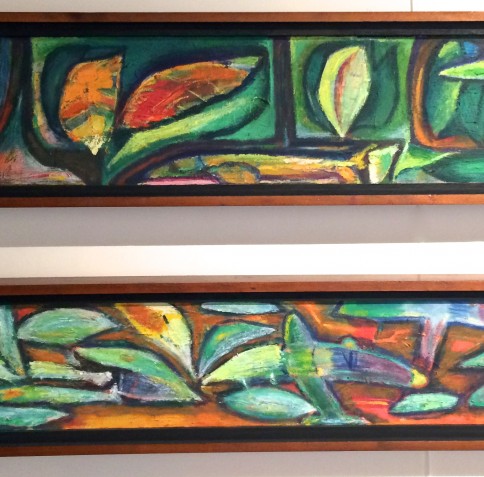 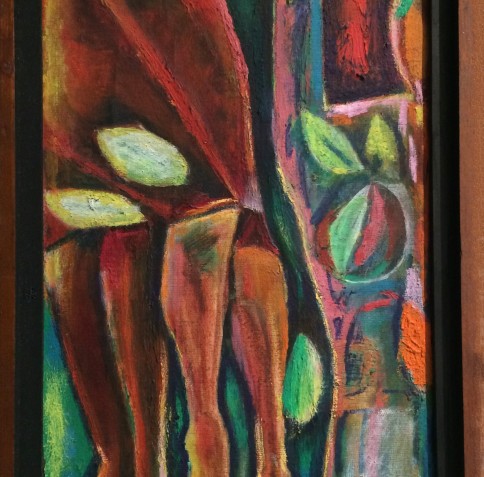 Much of Abelardo Giron’s work uses oil paints. He explores the symbiosis of a luxurious semi-tropical landscape, previously inhabited by indigenous tribes, with powerful surrounding industrial elements, which now dominate his native land, El Tigre, in Venezuela. Here strong forces related to the vast industrial complex for oil extraction determine and over-determine the simple life of the inhabitants. The artist has captured the bold colours of his tropical subjects: “where the intensity of the light invades his retina and being unable to escape of the power of great luminosity”. At the same time, he depicts in the effect of light on objects and other elements. A student of his art can identify the subtle influence of Rufino Tamayo, a great Mexican master, especially related to his use of mechanical elements that co-exist with the colours and forms the natural order.

Abelardo Giron is enchanted and absorbed in multiple life forces. He admires the simplicity and perfection of tribal craft that is in no way professionalised: it is a natural production of people for whom art is interwoven with everyday life.