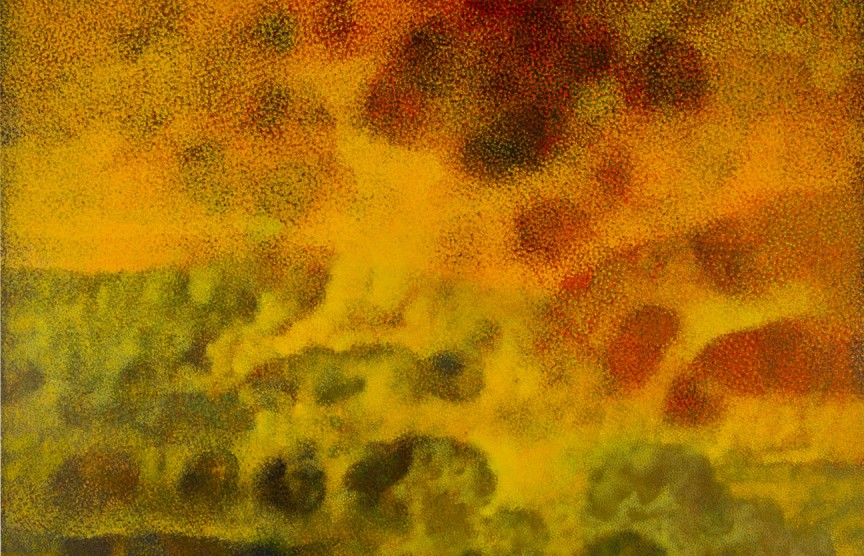 Edgar Sánchez shaped major developments in 20th century Venezuelan art. His influence continues unabated in the 21st century. Most recently, the exquisite poetic dimension of his landscapes brings the emotional depth of a great symphony into colours, shapes and forms.

Sánchez was born in Lara State, Venezuela in 1940. Following an education in Art Schools, he won national and international prizes. He became deeply involved in the figurative movement, which provoked a new phase for Venezuelan art exploring, as Roberto Guevara observed: “uncreated nightmares, suffocating dreams”. After studies in New York he returned to Caracas in 1973 and become an admired teacher, inspiring generations of artists.

In 1980 Edgar Sanchez’s Lethargy Series generated rave reviews internationally, featuring large, almost abstract, canvases in grey only traversed by lips. The noted art critic, Germán Rubiano Caballero, observed that the Lethargy Series paintings: “are some the most important works of international figurative art in recent decades”. The Museum of Contemporary Art in Caracas acquired several works from this collection. 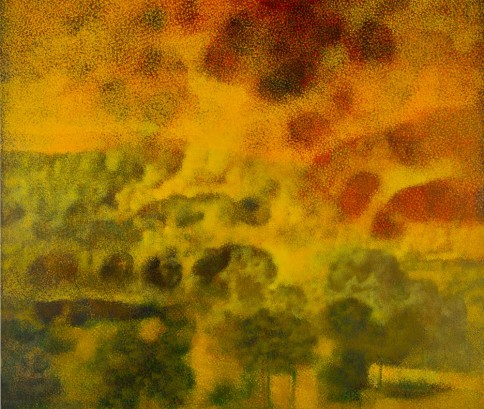 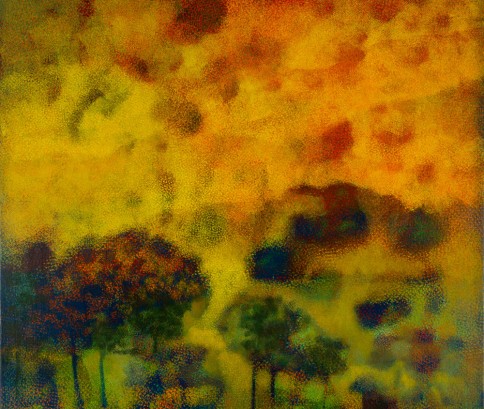 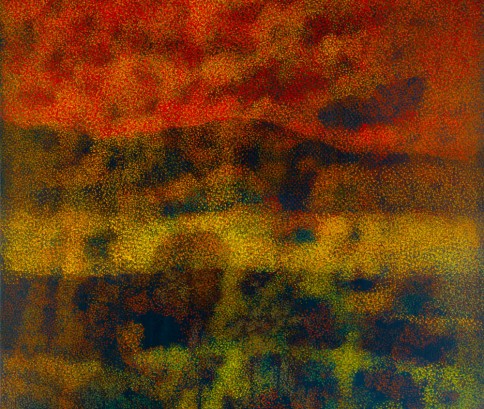 Edgar Sánchez’s work recent work is complex and profound. The work is so radical that it can be said to reconstruct the notion of landscape. He explores often hidden aspects of the human condition. The scenes are lucid and misty and his perspective is entirely novel. Nature is autonomous, without people. The paint vibrates and lives independently, with unprecedented power.

Sanchez’s work can be found in many museums, including the National Museum of Buenos Aires; the Museum of Modern Art, Rio de Janeiro; Omar Rayo Museum, Colombia; the Museum of Austin, Texas and the Museum of Latin American Art in Washington, USA; National Art Gallery of Kingston, Jamaica; the Ralli Cultural Foundation in London, UK.

In 2013 he received an honorary doctorate from the University Lisandro Alvarado, Barquisimeto. In 2014, his exhibition entitled, The Essence of Landscape, was presented in Bogota and Caracas.