On Sunday the 21st May Miladys Parejo, Director of Encounters, introduced Yole Quintero to an audience in Encounters’ Garden. She discussed her work in conversation with Gerry Hussein of the Best of Brighton & Hove.

Yole is a Venezuelan photographer currently living in London. For 40o months she was away from home but kept in contact through social media. Her book captures  her experience of being connected virtually with a world that belongs to her but is very different from her lived experience in London. Yole writes: “I never travelled abroad when I was a kid. My parents made our holidays a local experience. We would start our holidays around July until September, from which my parents would take a week dedicated to visit Museums. This was my favourite week because I would go to the ‘Museo De Los Niños’ (“The Children’s Museum”). At this museum, there was a special exhibition that I will never forget: Imagine two booths, separated by a wall, each booth with a monitor connected to a camera; the booth also had a table with a handset. In these booths I did my first ‘video call’ with my brother. We will call each other and see our faces at the same time that we speak through the phone. It seemed incredible, invasive and impossible. Like taken from a sci-fi movie. What I never thought that I would see this experiment as a fundamental part of every day life as an immigrant. Since then, technology has accelerated in such way that today, looks impossible a life without our mobiles, tablets, laptops, and webcams. Photography has become part of our nature. What writers and philosophers suggested as a futuristic ideal, it is finally present in the everyday life. The camera is the witness of our life. It became our eyes to the world, like a window that shows an ideal of who and why we are. This became clear 40 months ago when I left my country. I would call my family and the camera transforms to a window to another world, to show new rituals, quests, battles and victories. It became a portal that synchronises us in the same time, or at least it gives us that perception. But after that window is closed, everything just falls into memories. The sense of nostalgia a loneliness strikes back at the same time we close this portal. “40 Months” is a book that features a small selection from the hundred of screenshots I have been collecting since I moved to the UK. This is an ongoing project that comes together to a first edition book. These screenshots are re-photographed in frames that I have also been collecting from Charity Shops for more than 2 years. They come accompanied by some conversations and little objects that I brought with me when I moved away. These object are old ‘totems’ that I have kept as a memory connected with my family. With this work, I have been exploring the idea of family, memories and digital life. It is my attempt to create a new concept of the ‘family album’ to defeat nostalgia, homesickness and the routine of the digital life. I want to replicate the sense of memory and belonging. I want to keep a register of what I have construct as an immigrant, a life away from my family, away from my customs”. 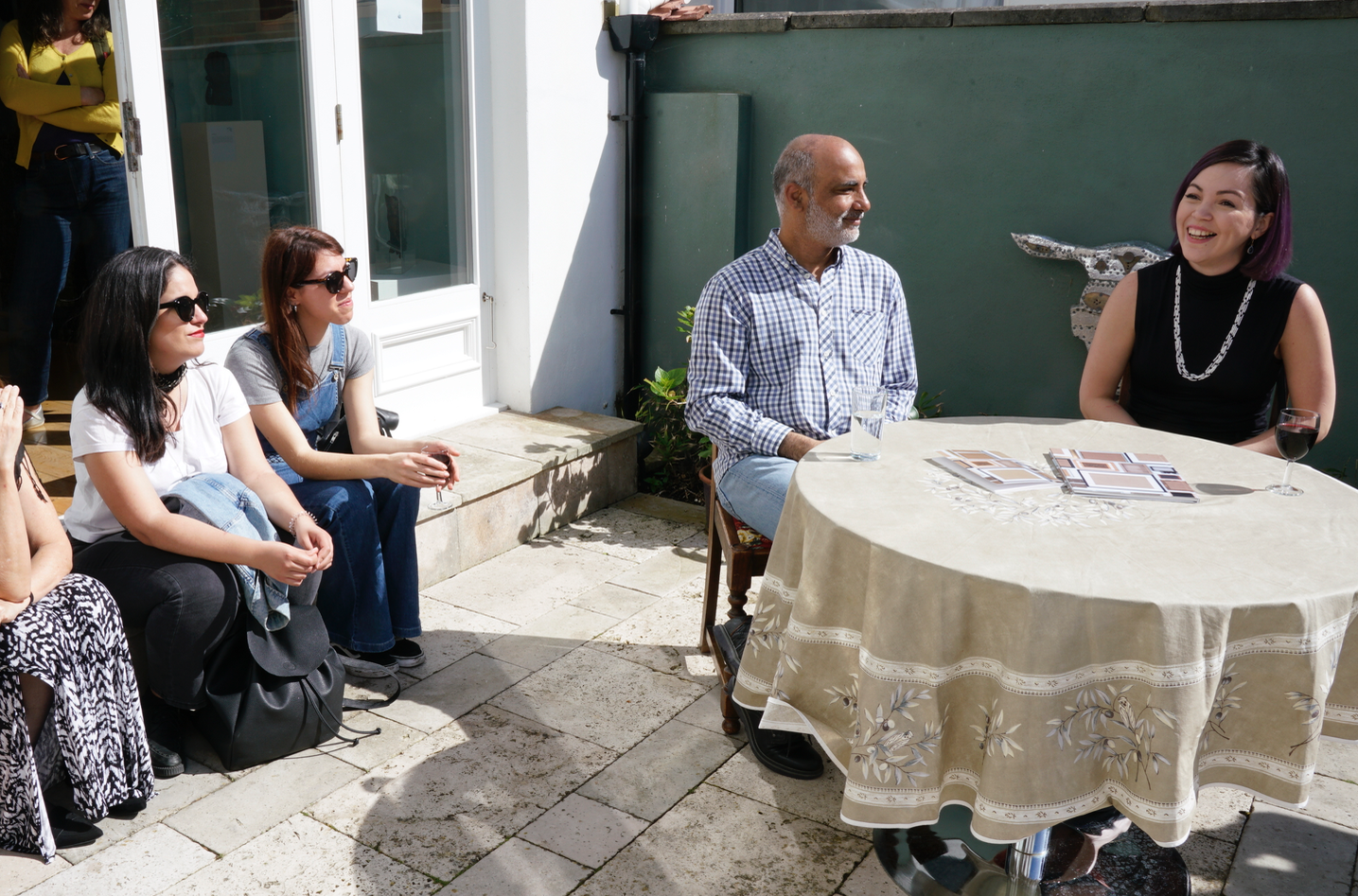