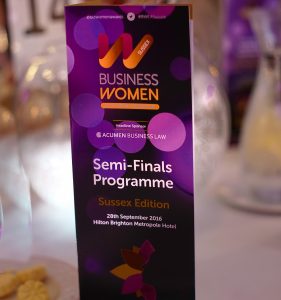 Encounters Art Space is proud to announce that Miladys Parejo, our Director, was selected as one of the semi-finalists in the Business Women in Art 2016. The evening was a celebration of women in every type of organisation with the organisers wanting “to recognise the achievements of professional women and their organisations… celebrating women who are making a real difference not only to their own lives, their businesses but also to their local community”. The final will be in November and Miladys will be there!

For seven years the creativity, entrepreneurship and endevour of Miladys Parejo, who founded Encounters, has contributed greatly to the Brighton Festival’s Artists Open House Movement. She has brought to Sussex many exciting artists to show their work from 20 countries over four continents. Her skills as a curator enables striking shows to be created where local and international artists can encounter and communicate together on a common ground. Encounters is committed to recreating itself each year, delivered by an enthusiastic team, some of whom were able to be at the semi-final event (see the photo). Miladys believes that a special form of energy is created when people engage together and share a common goal: this enables Encounters’ people to deliver an artistic experience that lasts to our thousands of visitors.

In addition to directing Encounters Art Space Miladys has a spin-off venture, Encounters On The Road, that has exhibited in South Korea and other galleries in Sussex and Spain. She has other exciting plans in the pipeline. 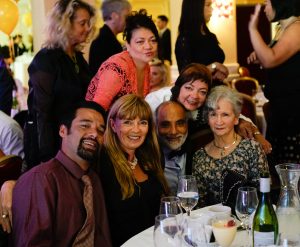