Gaudi Esté was born in Los Teques, Venezuela in 1947. She studied painting in Richmond (UK) and at the School of Visual Arts in Venezuela. Her early career was devoted to handmade wooden toys. Since that time wood has been the main material of her work. In 1982, she gave her first solo exhibition in the Minotaur Gallery, Caracas. Her sculptures of human beings shared the stage with animals, becoming hybrids between two species. In 1983, she was awarded the Andrés Pérez Mujica award for best piece of sculpture and in 1986 her work was included in the exhibition in the National Art Gallery, Caracas.

In 1987 she presented a solo exhibition -The Ways of Being a Dog – in the Freites Gallery, Caracas, Venezuela. Her work was described as: “There is now a greater subtlety, as in the art of carving and detail, depth, characterising, conforming. Gaudi animals are showed up in space. These are forms that now more than ever, come to display their power.”

In 1988 Gaudi participated in the National Exhibition of Fine Arts, and awarded the First Prize for Sculpture by the work – Two women with dog, which became part of the Collection of the National Art Gallery. 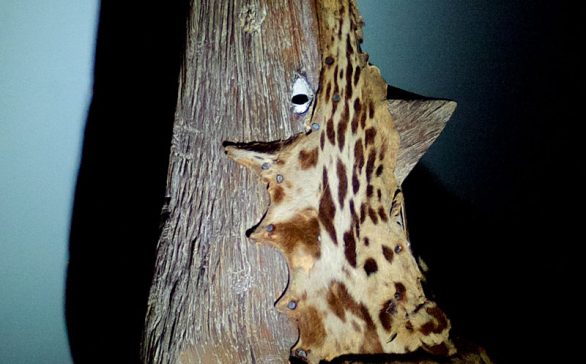 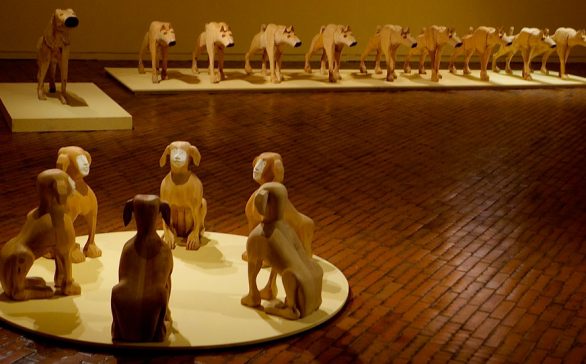 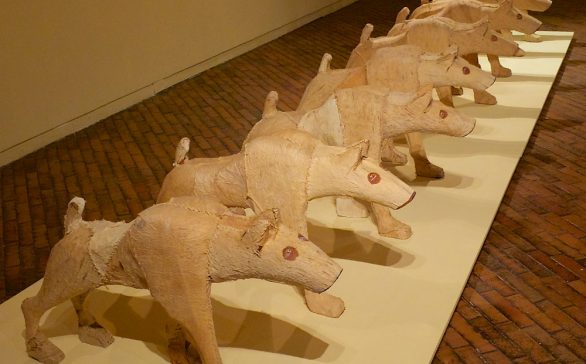 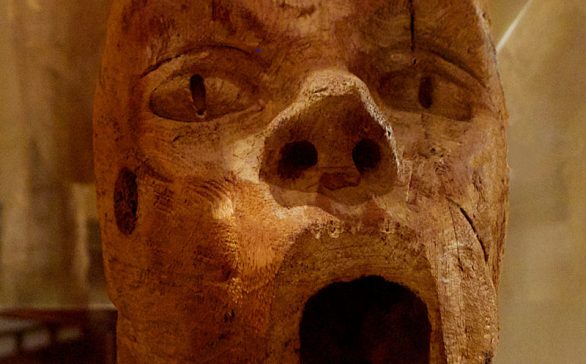 In 1992 she won the prize of the XVII Salon Aragua at the Museum of Contemporary Art Mario Abreu, Maracay, Venezuela with her work ‘Enchavez’. In 1994 in Madrid her work was described as:

“All the work of Gaudi Esté, of strong and beautiful accomplishment, refers the metamorphosis of man and the manifestation of her alter ego in the form of her faithful ally forever: the dog. The dogs are always at the bottom of their owners or who have at their side.”

In 1995 she gave a solo exhibition at the Embassy of Venezuela in Paris and was awarded the Grand Prize of the VII National Sculpture Biennial Francisco and in the following year she presented her first solo exhibition in the United States.

In 2000 she represented Venezuelan artists in the Expo2000 in Hanover, Germany then in 2001 she received the First Prize for Monumental Sculpture “Tribute to the Homeland” event at Parque Carabobo, with an installation of centaurs.

From 2002-15 she has continued exploring new themes and has held a series of major exhibitions. Increasingly, her work became known internationally and she presented major retrospective exhibition in the National Gallery in Bogota Columbia (2011), which included the sculpture to be shown at Encounters this year.