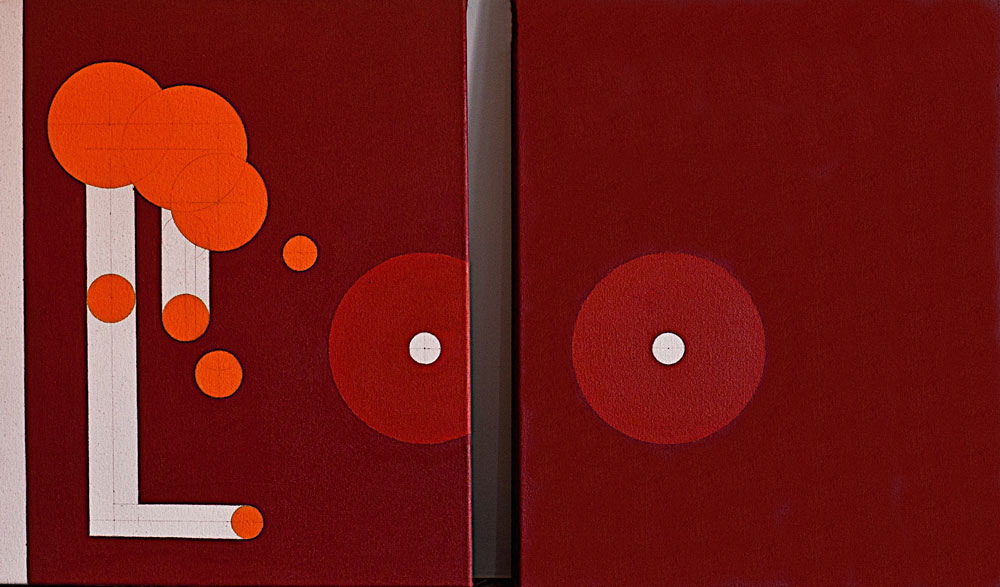 Showed in Encounters May Festival in 2015.

Now living in Hove, Graham’s love of art goes back many years. He attended the Harrow School of Art (1970); Chelsea School of Art  (1971-74); Slade School of Art (1974-76) followed by a studio scholarship at the Stedelijk Museum Amsterdam. He has been a working artist ever since. Also, he is a practising counsellor and to this creative mix he brings a third element: many years of experience in the structural engineering field, both in the UK and in the USA.

Graham writes: “I make drawings and paintings primarily to surprise myself. I contemplate and feed from them physically and emotionally. I make small drawings on card using pencil and acrylic paint. I often select a working drawing and make a larger painting from it using clear gesso primed cotton duck canvas, pencil and acrylic paint. The method I use can be loosely described as constructed abstraction. A process based upon looking internally rather than on external observation.

“I usually begin by taking a simple four number sequence as a foundation and then building upon it seeing where it takes me. The original foundation is often lost as the painting develops. Colour inevitably adds emotion.

“I make paintings in a small space and particularly interested in art made for a domestic rather than a gallery size space. I believe the making of art need not require a large (and often prohibitively expensive) studio and expensive materials. If made from simple affordable materials it can be made by anyone on a small table. For me making is adventure – requiring being able to play; to be prepared to take risks; to embrace uncertainty and disappointment and to have faith in my own assessment. The quest for meaning being unending.” 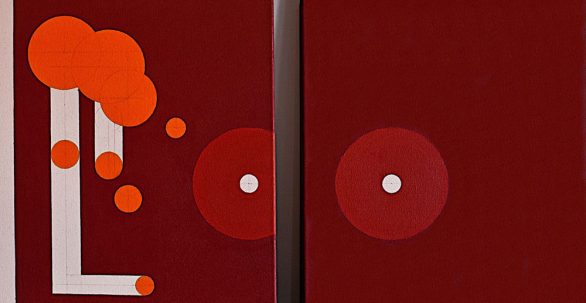 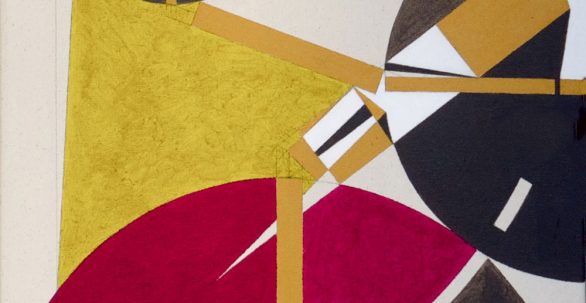 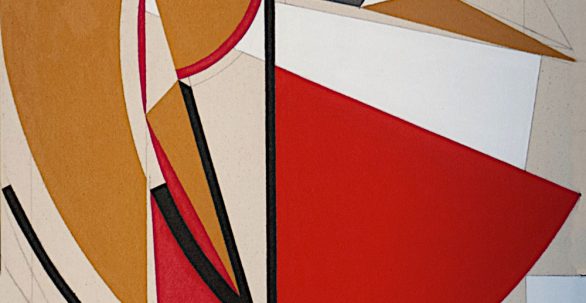 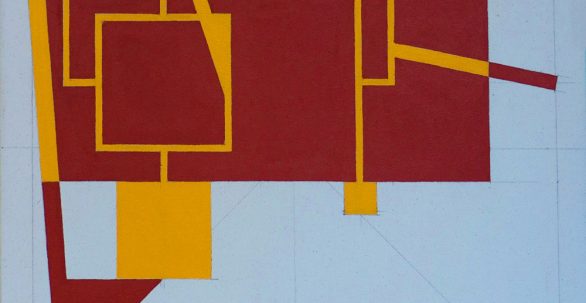 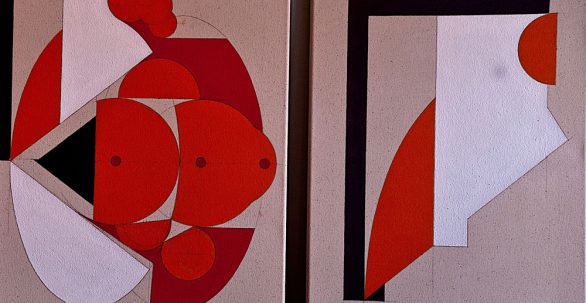 Graham’s current stream of work combines a wealth of life-experience: he explained: “I begin with a simple structure (a few notes) and see where it leads. It has occurred to me that many years of working in the structural engineering field (essentially with the forces of tension and compression) may well influence my way of making.” Graham has allowed visible driving forces to become explicit in his work. He works to a dynamic model. He has harnessed the movement, the dynamic energy of opposing forces, which is inherent in any structure of any kind.

In his exhibition in Encounters 2015 he will show us, as Dr Robert Snell keenly observed, ‘these forces at work in movement, as if the paintings move optically at times, if you look at them long enough and allow them to work on your eye and brain. They make daring use of contrasts and clashes of colour – hot-cold, hot-hot and tone – dark-light, with sparing use of half-tones. Against their canvas backgrounds, with tentatively suggested boundary marks, geometrical shapes and lines that sometimes seem to rub along nicely together and sometimes to set off decisively in converging or opposite directions. They seemed to be on collision courses, or impatient to get away from each other. Graham’s paintings offer a tension, sometimes extreme, between harmony and discord, cohesion and fragmentation. There are no easy, classical resolutions’.