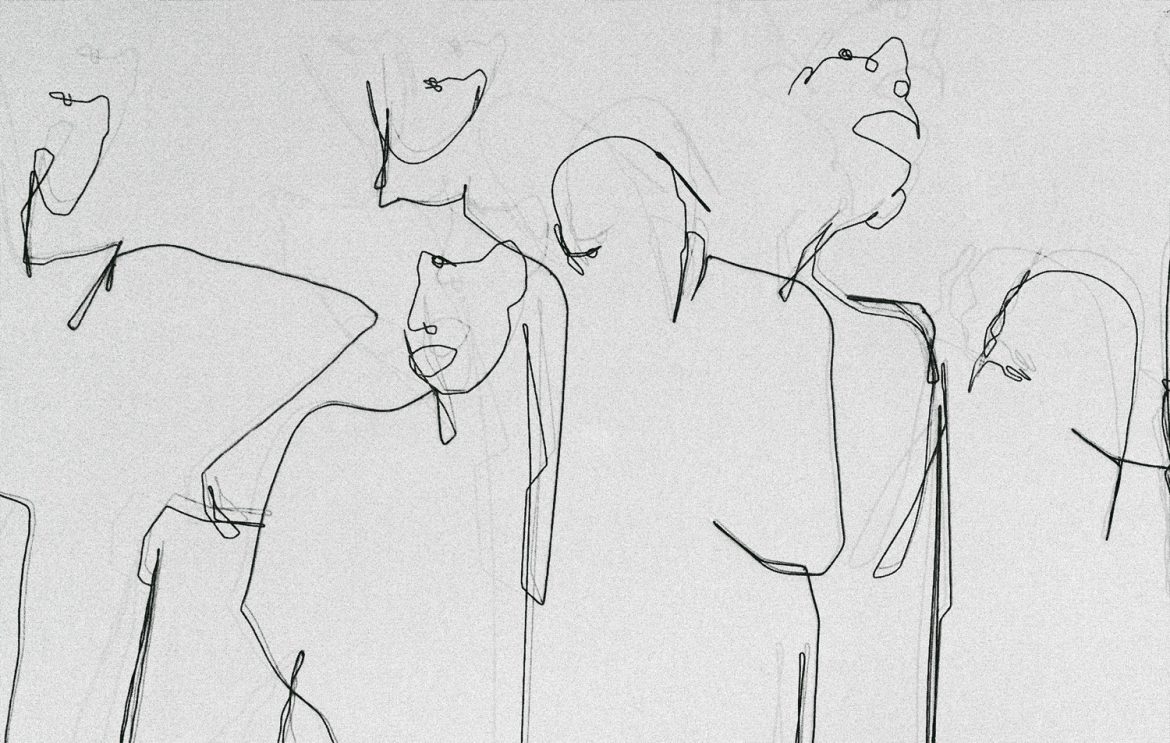 Jonidel Mendoza (Born: Maturin, State of Monagas, Venezuela, 1975) has a body of that stands out immediately, in part because of its exceptional coherence. It has an ambiguity that allows multiple ways to express its contents. It is more than a way of expression. It is a philosophy of communication. This is why figurative art has not ceased to amaze us over the centuries. It has unlimited potential for reinvention.

Jonidel’s pieces prove this. His work stems from a process of synthesis, which is the product of mature ideas. His pieces focus mainly on bringing back the human figure, not by copying it, not even by creating a possible portrait or reaffirming an identity, but rather as an essence. In this latest phase, which is precisely what we see in this exhibit, the artist gives a lot of importance to the nature of the material used in order to reveal the image. The image is built chronologically through the fabric (industrial mesh: cease and electro-welded mesh), the line (steel wire) and the dot (tyrap).” 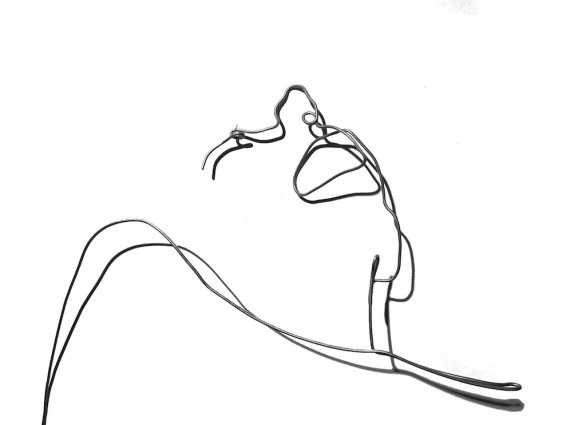 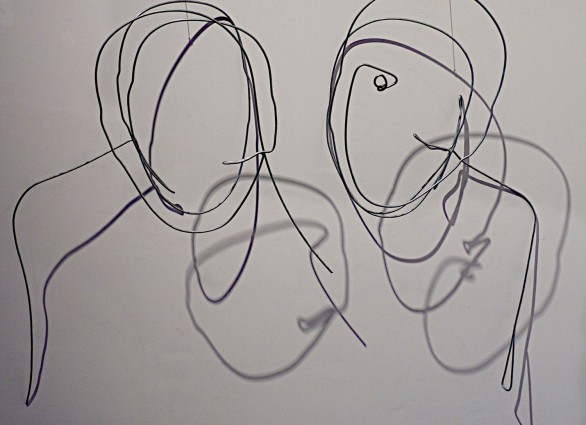 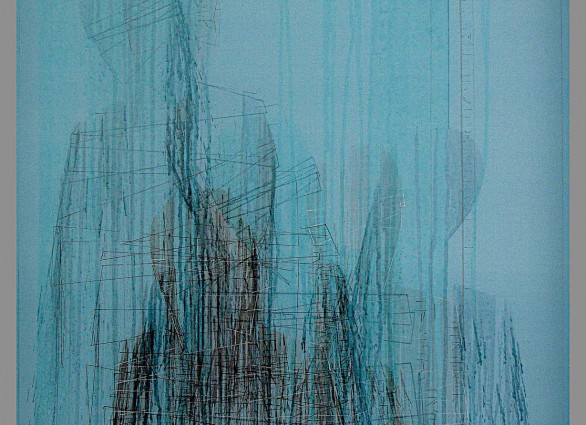 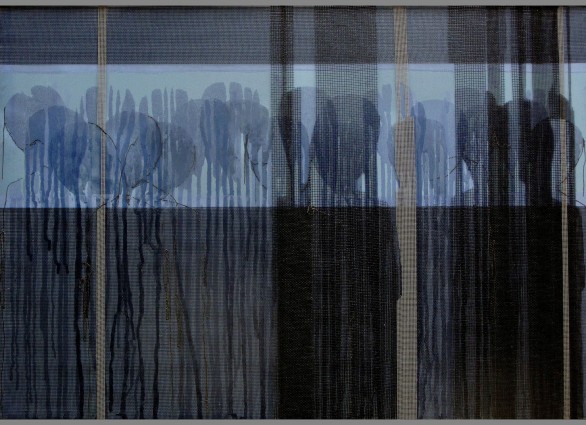 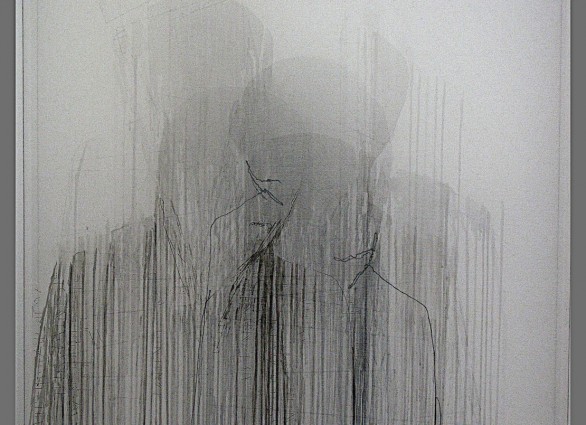 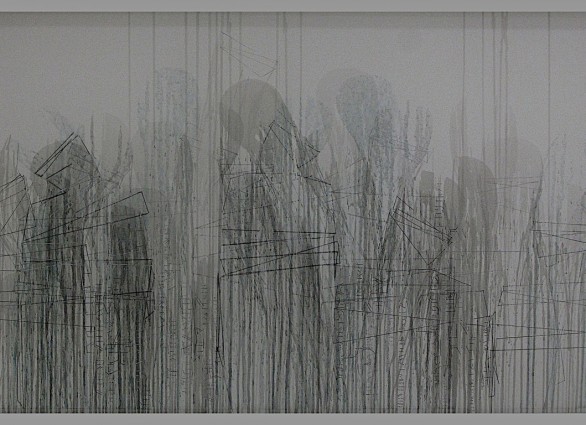 Jonidel Mendoza is emerging as one of the promising new talents in Venezuelan art. His work transitions between drawing and sculpture. Mendoza uses a variety of materials including industrial fiberglass nettings, aluminum micro-perforated stripes, metallic mesh, platen and wire for his human lightweight shadow figures. He is interested mostly in the physical and philosophical qualities of the immaterial, which he communicates through transparency and levity. The human shape appears as a suggestion, as an emerging presence, as a “failed specularity” in his own words.

Jonidel Mendoza is one of the youngest artists in our gallery. He studied Fine Arts in the Eloy Palacios School in hometown Maturín, Edo. Monagas, and moved to Caracas in 1998 to pursue studies at the Instituto Universitario de Artes Plásticas Armando Reverón. In the same year, he began showcasing his work individually and in collective exhibitions in galleries, museums and art fairs in Caracas, Bogotá and Miami. In 2004 he won the Best Novel Artist prize at a Painting Contest in Maracaibo, Venezuela. In 2006 he moved to Seoul, South Korea for a year, where he had a solo show at the Seoul International Art Fair. His work is represented at the Museo de Arte de Maracay Mario Abreu, the Universidad José María Vargas and the Banco Industrial de Venezuela foundation amongst others. He works in Caracas and in Seoul. In March 2015 Jonidel showed his work in Busan, Korea to the international art fair linked to the Annual Meeting of the Inter-American Development Bank.