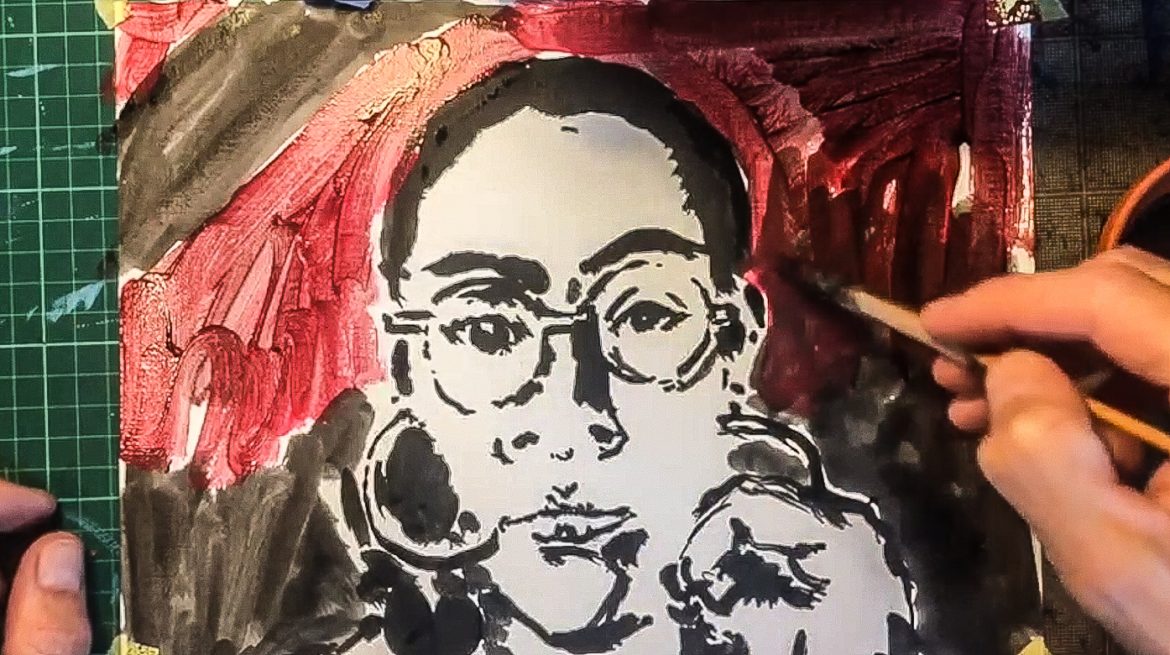 During the lockdown and the preparation for the Winter Edition Exhibition an exciting idea was developed by artist Rafael Rèverón for a drawing project to be developed in conjunction with Encounters Art Space’s artists. It was a project to be called: Being-human-in-Your… A Portrait-in-Between. This was inspired by a comment written by Jaime Sabines (1926-1999 Mexico) that “I learn from you more than from me”.

Rèverón explained: “we have had to isolate ourselves, without realising it, and thanks to social distancing, we could be starting a new episode in the history of prosopagnosia (an ability to recognise familiar faces). Perhaps we could begin to suffer from the non-recognition of faces for not seeing them, for banishing them from our daily lives. My memory of faces is clouding these days”.

Watch a 4 minute video in which Rafael introduces one of his works in Encounters Art Space, May 2017.

Some notes about the politics in my work, called “automatic architectures…”

Join together, get shelter, protection, appropriation. Appropriation of the space, creation of place, object.

“All build-up is refuge against danger.”

To a large extent, my work lies beneath like an architecture, as a strategy of ideological appropriation of space, the conquest of place, of the object, of the contained body… Do not think, do not live, do not feel… Let me build you, win that battle of “abitare,” I build you and think you, I appropriate you, live in you, in your space, in that space in between which surrounds you, that makes you, that molds you, configures you, and figures you.

The “Empty Box” becomes imposed in its abstraction, its economy knows no rival, and its synthesis is undefeated. That subdivided, fragmented, quadratic, cubic, universal, reproducible, “built-up” space. Optimal, minimal.

Totalitarianism of the majority; nothing and no one can win the battle over this cubic formula…

The “automatic architectures,” are conceived as models of “creation and destruction.” Their origin is tangentially dominated by patterns, actions around the notion of “appropriation.” To make myself one with space, place, and object, through a predetermined and preconceived model. An ideological, formal structure that models actions. To think of void as a structural content, is that border between collapse and equilibrium of content and container… Lines that intersect, supremacy battles between horizontality and verticality of space, of the object and its drifts. The imminence of matter to be transformed into an object, regroup and reconcile as a new form. To join spaces… imposing the plural to the singular, to the individual… Making the indivisible visible. To join as defense, not as addition. Build up to distract, to sublimate, to delete, eliminate, destroy.

Lines draw themselves in a describing without writing. As with the spiral, the constructive space is an internal ideology; its limit emerges on every layer, from intimacy.

To build and destroy. Collapsing is not an improper accident of the structure, but an inevitable stage of existence itself. Collapse, implosion, deflation… Strategies in the poetics of the terminal. To build and destroy. Modernist therapy of an infinitely delayed agony. Running an incomplete defeat.

Matter is raw, quotidian, on the verge, cyclical, re-oriented, re-conceived, resented, re-lived… Every skin suggests its needlework, its stitches… in its reusing, a corner disappears; it’s filed down, making its own way, its exile. To sew and undo… String together and undo, and gain aerial space, the dream of “flying,” of the suspended, the pending. Always an imminent departure, or loss. Stringing together without completing the fabric… Weaving looms without instructions. Too many complications for the pre-functions. Improvisation of survival, of error, of the everyday, of the doing without thinking, of being without being, without permanence.

I do not exist. 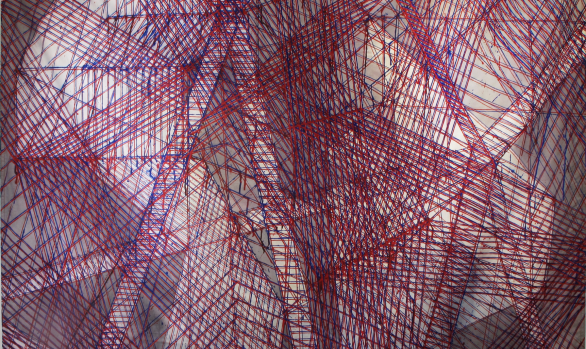 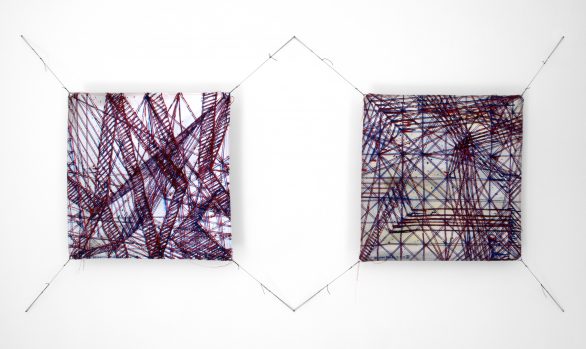 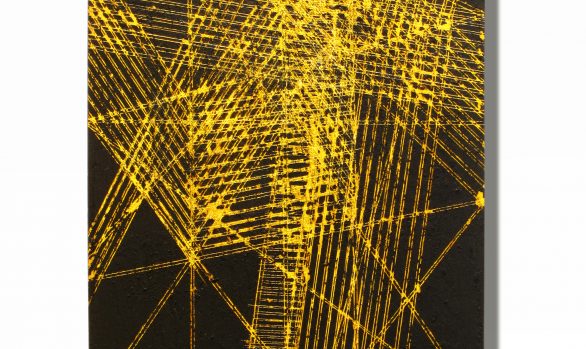 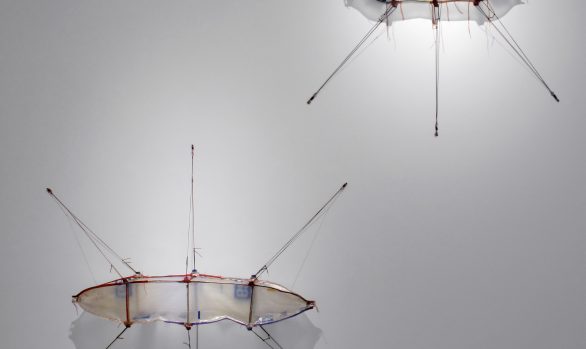 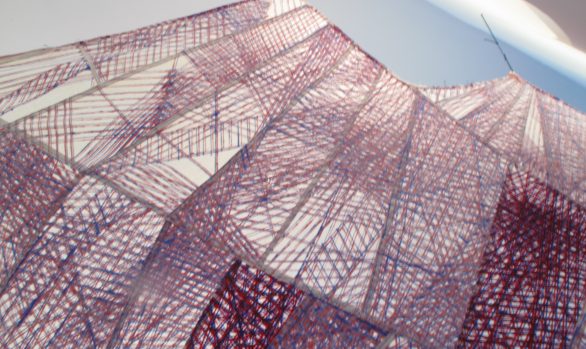 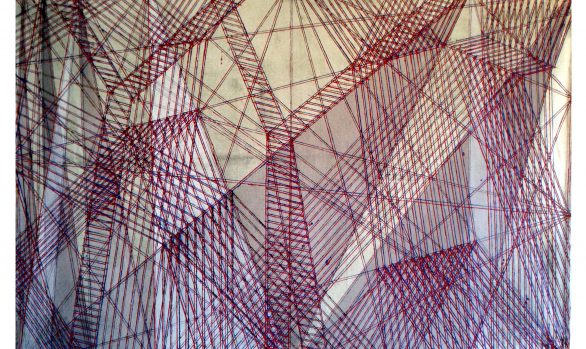