In 2019 Encounters has two reasons to celebrate. We had been awarded the prize Best Artists Open House in 2018, and for an entire decade, we made a mark on the artistic map of Brighton & Hove.

Because Encounters is committed to moving forward continuously, we gave our 10th Anniversary Edition two complementary themes: one dedicated to movement, captured in Kinetic and Constructivist Art. The other theme is retrospective, showing the work and capturing the collective memories of our artists.

As movement and abstraction are highlights of Kinetic and Constructive Art they were entirely appropriate for the 10th Anniversary Edition. Three distinguished artists will show their work: Patrick Rubinstein’s Kinetic Pop Art is totally modern in concept and in execution as it takes its energy from fame, notoriety and fashion; Gisseline Amiuny and Miguel Prypcham have been nourished by Venezuela’s pioneering artists of Kinetic and Constructivist Art.

These artists share an unapologetic joyful language of colour, light and movement in their work. Collective Memories is an installation by Miladys Parejo that unifies the works of the retrospective show.

The retrospective show encapsulates the outcomes of innumerable encounters between the 67 artists who have been our guests from 18 countries including: Argentina, Chile, Colombia, Denmark, France, Germany, Greece, Holland, Italy, Israel, Ireland, Japan, South Korea, Spain, New Zealand, the UK and Venezuela.

The essence of Encounters is to create a total experience. Art is the core, but other attractions contribute energy, variety and insight. The 10th Anniversary Edition is no exception. Inko Ai Takita-Lucas will create Manga drawings of visitors. Deyanira Ortega will give children’s painting workshops. Dario Julia will present the audio / musical production Viaje Sonoro. There will be an art performance by Yole Quintero, and photographer Rafael Serrano will give a talk about his work. As always, the Encounters’ kitchen will be a great attraction, including a demonstration of Greek cooking by Eventhia Tsekouras and local Indian vegetarian specialist Simply Veg. Dishes are cooked using traditional methods, respecting the principles behind Indian cuisine and using only authentically sourced ingredients. 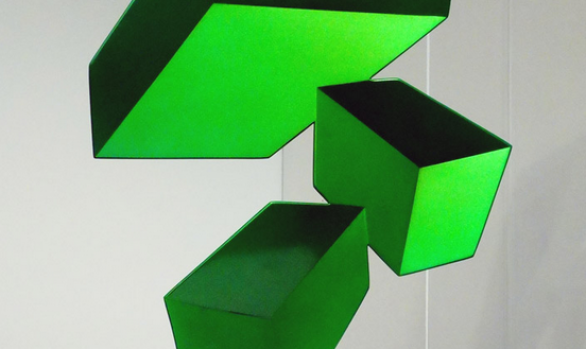 It’s not just an art exhibition...

Once again Encounters will be an unmissable destination in the West Hove trail. Local and international artists participate in an unexpected and curated show. The four weekends will be packed with interesting activities.

Check What’s On for more›

In 2019 our kitchen was supplied by Simply Veg. They are open most evenings for great indian take-way food. Search for 'Simply Veg' Portslade.

Encounters Arti-Shop is open by arrangement. We sell original artwork from our featured and emerging artists plus gift ideas. (We accept credit cards!)

Beautiful experience. We finally had the opportunity to indulge and enjoy

"Such a lovely home filled with inspiring creations - thank you!"

"This is an amazing exhibition which opens my mind to all sorts of strange and wonderful thoughts."

"Once again you have excelled, well done"

"Amazing to see all three different worlds the artists have created."

"We just walked past as we're staying opposite in the B+B and couldn't believe what an amazing exhibition this is! "